I have loved both reading and writing for as long as I can remember. The books and stories I loved the most growing up were those that allowed me to live in another world—for a little while. As it turns out, the books and stories I like writing also happen to be those that allow me to live elsewhere. My speculative fiction is based on an Earth of the future—an Earth that has been shaped by extreme climate change, cosmic disasters, and mass extinctions, including the near extinction of the human race.

Join me on a foray or two into a new world.

A Good Night to Hunt

The first draft of Nine of Pentacles was written with participation from my readers. I am in the process of editing my first draft for publication as an Amazon Kindle ebook.

What is Speculative Fiction?

The incomparable Robert A Heinlein was first recorded as using “speculative fiction” as a genre term in The Saturday Evening Post as a subset of Science Fiction. In his 1947 essay on the subject, he described these stories as:

The definition of speculative fiction has broadened somewhat since Heinlein gave this definition, however, and now encompasses many fantasy, supernatural, and alternate history stories as well.

Nine of Pentacles—Available online for a limited time! 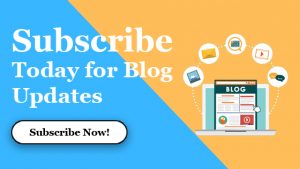